When Ani applied for her mission, she was in a great place health-wise. Her medications were stable, she was totally functional, and everything seemed to be going well for her. That was in February.

In March, things started going downhill. Several of us got sick and Ani never bounced back. By the end of April she was barely able to eat. She was having abdominal pain pretty much no matter what she ate.

I took her to the doctor the beginning of May and she was sent for several tests. They didn’t show anything wrong. She had an ER visit in there, too. The end of May she saw her rheumatologist and he put her on an anti-spasmodic which did help some.

But her pain kept getting worse. It started up between her shoulder blades as well as the upper right quadrant of her abdomen. We went back to the doctor. He sent her for yet another test (which came back fine) and a medication to try (didn’t work; actually made it worse).

She started her mission the end of July. She tried really hard to complete all her duties, but more and more by the end of August she was having to back out of her commitments or leave early. She was just in way too much pain, could barely eat and not at all without pain, she was losing weight. It was bad.

Back to the doctor we went for the third time of the summer (not counting the rheumatologist or ER). This time the doctor said even though all the tests did not indicate gallbladder, her wanted to send her to a surgeon to be evaluated for gallbladder removal. Her symptoms and how she reacted to various medications really pointed to gallbladder in his opinion.

Ani comes from a long line of women who have had their gallbladders out. Me, my mother, my grandmother, and my great-grandmother. Before her I guess they just suffered because gallbladder surgery wasn’t a thing yet. My grandmother in particular had a rough time. Her local doctor though it was gallbladder, but the big time doctor in DC said the tests did not show it to be gallbladder. Twelve years passed and she eventually formed stones and had her gallbladder out which fixed all the symptoms she’d been dealing with for over a decade.

Two weeks ago tomorrow Ani saw the surgeon. He agreed that it sounded like her gallbladder needed to come out. He said he takes out 30-40 a year that don’t have the “right” test results and in over 90% of the cases, the issues are resolved through removal. For the rest, and for Ani if it didn’t work, he then refers to a GI doctor (he gave us the option of going to a GI doctor before surgery, but we opted for surgery first). 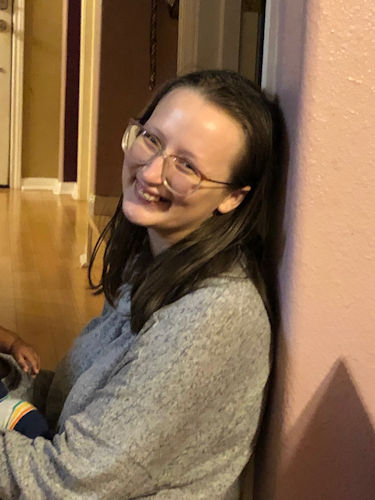 And so, a week ago Friday, Ani had her gallbladder taken out. She’s had surgical pain of course, but she felt better within hours of surgery than she had in months. She can eat anything without pain. It was clearly her gallbladder that was the culprit over this long and painful summer.

So now she’s almost all the way healed and ready to resume her missionary duties and able to do so in a way she just hasn’t been able to do since the beginning. She’s smiling and talkative again. We had forgotten just how much she usually talks. She was so quiet and miserable all summer. It’s amazing what problems a little organ like the gallbladder can cause!